YMCA of the Suncoast 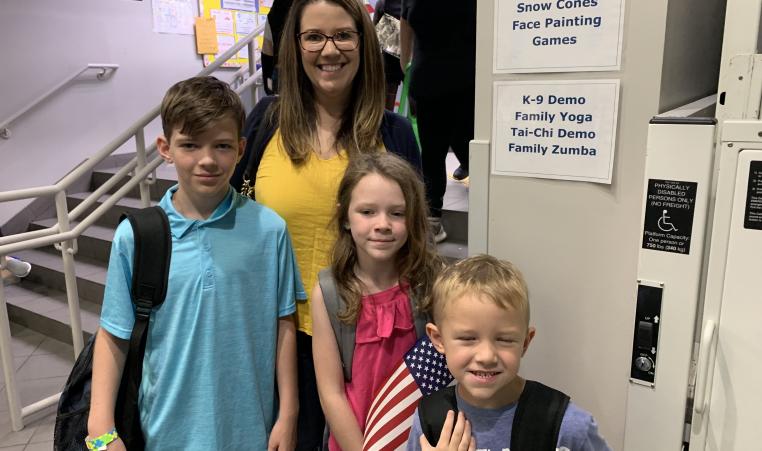 School is back in session for Tampa Bay area students. For those who can’t afford it, shopping for school supplies can be challenging but the YMCA of the Suncoast is helping those who need it, like military families and those facing financial hardships.

The YMCA of the Suncoast gave away more than 400 backpacks stuffed with school supplies including glue, pencils, notebooks, folders, and markers to nearly 500 families at its second annual Back-to-School Bash at the Clearwater Family YMCA on Saturday, August 3rd.

“It gives us as a charity a chance to show the community what the Y is, what we do, who we are, and we invite our community to partner with us,” said Randy Nilsson, YMCA of the Suncoast Vice President of Membership & Corporate Partners, who helped organize the event. “We were able to get a wonderful donation from the Walmart Neighborhood Market. In addition, we received backpacks from WaWa along with Dollar Tree who contributed school supplies through their Operation Homefront program. We’re so excited to all those who were able to give to us so we could give back to those who have served our county.”

A donation drop box was also placed at the Clearwater Y for anyone wishing to contribute. Danielle Anderson, whose husband is stationed in Germany, attended the event with her three children, ages 10, 8, and 6.

“I think events like this are awesome. It gives the kids an opportunity to have supplies at home to work on homework and projects and provide us any school supplies we haven’t gotten already,” she says. “It’s extra special for the little man,” pointing to her youngest child who picked out a camouflage backpack with an American flag attached, “who sees things like a flag and wants to support his dad.”

Another family with ties to the US Coast Guard Air Station attended the event. They’re also members of a local YMCA branch. “The kids were really excited to get out. My kids love the Y,” says Eva Shaffer, mom of a 2nd and 3rd grader.

One family new to Tampa Bay found out about the event when the Clearwater Y held an open house last month.

“We’re living in the Clearwater area right now and moving to Largo just before school starts,” says Erin McLean. “We’re trying to attend a whole bunch of events around here to learn the area and know what’s available because we just moved to Florida from Kansas a month ago.”

The Back-to-School Bash, focused on health and well-being, is an effort to support our Tampa Bay military members, veterans and their families and to thank them for keeping our country safe. For our other community families, providing these students with essential supplies will contribute to their excitement of starting a new school year and encourage academic success.

Our mission is to put Christian principles into practice through programs that build healthy spirit, mind, and body for all.

A COPY OF THE OFFICIAL REGISTRATION AND FINANCIAL INFORMATION MAY BE OBTAINED FROM THE DIVISION OF CONSUMER SERVICES BY CALLING TOLL-FREE WITHIN THE STATE 1-800-435-7352 OR BY VISITING THE WEBSITE, WWW.800HELPFLA.COM. REGISTRATION DOES NOT IMPLY ENDORSEMENT, APPROVAL, OR RECOMMENDATION BY THE STATE. REGISTRATION #CH1176.